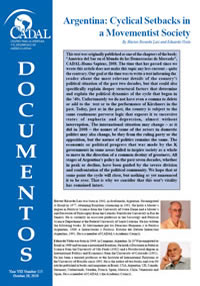 This document seeks to study the UPR corresponding to the Cuban regime, which took place during the fourth working session of the UPR Working Group, in the period February 2nd-13th 2009, and its corresponding context. The focus is comparative between two regions of the world: Latin American governments and European governments.

This text was originally published as one of the chapters of the book: “América del Sur en el Mundo de las Democracias de Mercado”, CADAL-Homo Sapiens, 2008.

The time that has passed since we wrote this article does not make this topic any less current – quite the contrary.

Our goal at the time was to write a text informing the reader about the most relevant details of the country’s political situation of the past two decades, but that could also specifically explain deeper structural factors that determine and explain the political dynamics of the cycle that began in the ‘40s.

Unfortunately we do not have even a comma to delete or add to the text or to the performance of Kirchners in the past.

Today, just as in the past, the country is subject to the same continuous perverse logic that exposes it to successive states of euphoria and depression, almost without interruption.

The international situation may change – as it did in 2008 – the names of some of the actors in domestic politics may also change, be they from the ruling party or the opposition, but the nature of politics remains the same.

The economic or political progress that was made by the K governments in some areas failed to inspire society as a whole to move in the direction of a common destiny of greatness.

All stages of Argentina's policy in the past seven decades, whether in peak or decline, have been guided by the severe division and confrontation of the political community.

We hope that at some point the cycle will close, but nothing as yet announced it to be over.

That is why we consider that this text’s vitality has remained intact.

Héctor Ricardo Leis was born in 1943, in Avellaneda, Argentina. He emigrated to Brazil in 1977, obtaining Brazilian citizenship in 1992. He holds a Master’s degree in Political Science from the University of Notre Dame and a Master’s and Doctorate of Philosophy from the Catholic Pontificate University in Rio de Janeiro. He is currently an associate professor in the Sociology and Political Science Department at the Federal University of Santa Catarina. He has written the following books: El Movimiento por los Derechos Humanos y la Política Argentina, 1989; e Intelectuales y Política: Estudio del Debate Intelectual Argentino, 1991. He is a member of CADAL’s Academic Council.

Eduardo Viola was born in 1949, in Campana, Argentina. In 1976 he emigrated to Brazil in 1989 and became a naturalized Brazilian. He holds a Doctorate in Political Science from the University of São Paulo (1982) and a Postdoctoral degree in International Politics and Economics from the University of Colorado (1991). He has been a tenured professor at the Institute of International Relations at the University of Brasilia since 1993. He is the author of two books and over 80 articles published in books and magazines in Brazil, USA, Argentina, UK, Canada, Germany, Netherlands, Sweden, France, Spain, Mexico, Chile, Venezuela and Japan. He is a member of CADAL’s the Academic Council. 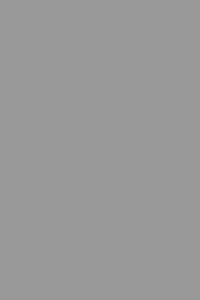